Crazy idea of the day: If Meet Joe Black were a korean drama

I rewatched a few days ago Meet Joe Black and I thought, like a true addict of asian dramas/movies, how would be if Meet Joe Black were a korean movie or drama? Who will be the cast? Who can play Brad Pitt or Anthony Hopkins characters? Who would sing the OST? So many questions… little chances to ever get any answers. So I will make my own version of Meet Joe Black with a korean cast I think would replace the best the looks, attitude and personality of the original cast.

First of all, what is this movie about?

Bill Parrish, media tycoon, loving father and still a human being, is about to celebrate his 65th birthday. One morning, he is contacted by the Inevitable – by hallucination, as he thinks. Later, Death itself enters his home and his life, personified in a man’s body: Joe Black has arrived. His intention was to take Bill with him, but accidentally, Joe’s former host and Bills beautiful daughter Susan have already met. Joe begins to develop certain interest in life on earth as well as in Susan, who has no clue who she’s flirting with. (source: IMDb)

1. Jung Il Woo: He had once a similar character in 49 days which he played very well so I think he can be the korean Joe Black too.

2. Song Joong Ki: I’m not really his biggest fan but I have to admit that it would be interesting and funny to see him playing Death.

3. Won Bin: The man from nowhere getting sarcastic and the fan of peanut butter. ^^ 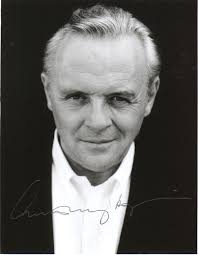 This entry was posted in Dramas - General and tagged fantasy, meet joe black. Bookmark the permalink.

4 Responses to Crazy idea of the day: If Meet Joe Black were a korean drama