Saturdays with more Crazy Ideas: If House of Cards were a japanese drama

This tv series needs no further introduction. It needs no remake, especially an asian one. But if it’s meant to exist a remake someday, I think that it should be at least japanese. A korean drama without glamour isn’t a korean drama and House of cards has nothing to do with glamour. A taiwanese or chinese remake shouldn’t be even mentioned. If you look for seriousness and good quality, the japanese remake is the answer. But let’s not forget about the japanese’s conservatism. Is there any Japanese writer or director who can accept the challenge to adapt this tv series? The next crazy idea will be about The fault in our stars. Meanwhile, check out this one and my first two crazy ideas too: If Meet Joe Black were a korean drama and If In Time were a korean movie.

A Congressman works with his equally conniving wife to exact revenge on the people who betrayed him. (imdb) 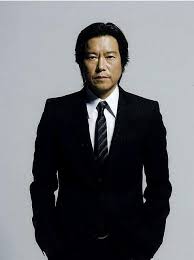 This entry was posted in Dramas - General and tagged fantasy, house of cards. Bookmark the permalink.

2 Responses to Saturdays with more Crazy Ideas: If House of Cards were a japanese drama