The first part was dedicated to korean dramas but now I thought that I should write a post for japanese dramas as well. After that post I decided to watch My Daughter Seo-young, Rascal Sons and Night King, but right now I’m currently watching only My Daughter Seo-young, a fantastic drama.  Maybe I will try again Night King someday, but for me Rascal Sons is a big no.

Saki works as a nurse at the pediatrics department of a general hospital. The young patients and all men love her because of her angelic smile, her perfect cooking skills, and the sheer beauty she radiates in everything she does. However, none of them knows of her amazing ability to ruin other people’s lives while keeping her hands clean all the time. Her targets this time are the reporter of a major magazine (Miura Shohei) who is searching for his older sister, a famous lawyer (Hagiwara Masato) who is fighting for justice, and her main target – the devoted husband and board chairman of said hospital, played by Takashima Masanobu. Hamada Naomi (Uchida Yuki)is a female reporter who becomes suspicious of Saki’s behavior.

Kazuhiko Kogure, who is a 2nd grade student in middle school, falls off from one of the school’s rooftop. There were other male students on the roof when Kazuhiko Kogure fell off. According to the other students there, Kazuhiko Kogure tried to jump to another school building, but missed. Fortunately, Kazuhiko Kogure only fractured his leg and ribs. According to Kazuhiko Kogure’s mother Hidemi, the school insists it was students playing around and did not involve bullying. Hidemi though, doesn’t believe it, because Kazuhiko Kogure has a fear of heights. Hidemi goes to see attorney Machiko Mayuzumi (Yui Aragaki) and Machiko decides to take her case, but she asks for fellow attorney Kensuke Komikado’s (Masato Sakai) help. Meanwhile, the school hires attorney Teshigahara Isao (Kinya Kitaoji). 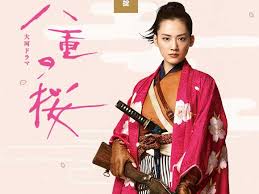 Yae (Haruka Ayase) is born into the Yamamoto family in Aizu, Fukushima Prefecture. Her father is Aizu domain’s official gunnery instructor. Yae becomes more interested in guns than sewing. She learns gunnery from her brother Kakuma (Hidetoshi Nishijima) and participates in the Battle of Aizu. Aizu though loses the battle.  Yae is later referred to as the “Nightingale of Japan”.

Asako Mizusawa (Hitomi Kuroki) suffers from her mother-in-law’s abuse. Finally, her mother-in-law dies and Asako is relieved of her nightmare like existence. Two years later, her only son Yuta (Tomohiro Kaku) wants to marry Ririka (Saki Aibu). Asako and her husband Hiroyuki (Junichi Ishida) oppose their marriage. As a condition for their acceptance, Asako asks to live with them. Asako thinks Ririka will say no and give up marrying her son, but Ririka accepts the condition. Yuta and Ririka finally marry. On the day Yuta and Ririka come back from their honeymoon, Asako doesn’t know how to deal with them. Her husband Hiroyuki has yet to come home. Asako and Ririka begin to drink and they talk about Asako’s deceaesd mother-in-law and her husband Hiroyuki’s affair. While talking, they become comfortable and familiar with each other. The next morning, Asako wakes up and learns that Ririka has already prepared breakfast. Asako happens to overhear a conversation from Ririka. Asako feels she can’t trust Ririka anymore. A missing person case occurs with one of their neighbors. Detectives then arrive at their home. 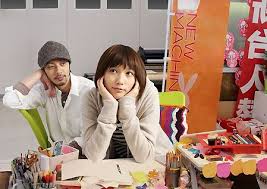